I posted a blog entry each day for the entire month of November 2011, being reminded of this thru social media with those time hop reminders. You know those ones that pop up daily to remind you of what you did on this day, in this year, or that year. It's been fun to look back and be reminded of those memories. Truly something I have missed.

Life truly does go by so quickly. So much has happened over the years, things I should have been documenting all along. But then you hear things that discourage you, and disrupt your writing habits. Words that make you feel vulnerable and suddenly just a bit anxious about sharing with readers. There also comes a time when you tell your heart to write anyway, because this is my place to document my memories, my life. 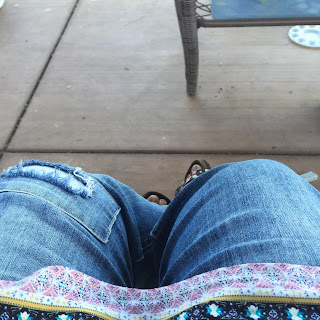 So I'll sit and remember....
My family has grown so much. 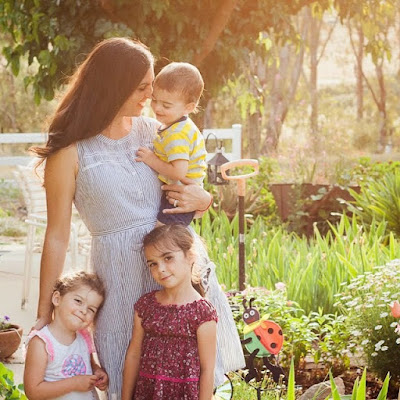 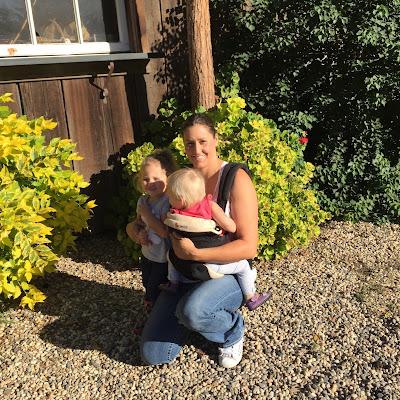 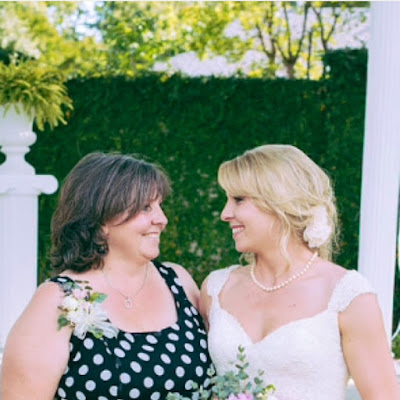 I am going to try again. Maybe not every day, but as often as possible.

It's chilly outside tonight and there is a warm fire burning in the wood stove. I'm making plans for Thanksgiving, or ThanksFamily, or whatever one chooses to address the 4th Thursday in November.

In my home it's a time to spend being together and looking back on the past year and sharing the things that we are thankful for. It's about slowing down and catching up with one another. It's a time for being held close, and letting those we love know how very much they mean to us. It's for remembering those from the past, keeping them alive in our hearts. It's for creating a haven for love to grow and hold us close for the days still yet to come. My home is filled with love, laughter, family, friends, and really good food. In trying to keep up with 'preserving a past to be proud of', it's my hope that each person takes a few memories home with them to store up in their hearts. Traditions to carry on for the future generation. The little ones too will remember these times, and it will teach them that home is where you find your very being, within the love of your family, and these very moments shared together.

The Girasole Lady
Posted by Becka at Monday, November 23, 2015 5 comments:

'We can never judge the lives of others, because each
person knows only their own pain and self-sacrifice.
It's one thing to feel that you are on the right path, but
it's another to think that yours is the only path"

Email ThisBlogThis!Share to TwitterShare to FacebookShare to Pinterest
Labels: Quotes and Poetry

(Many times at night I cannot sleep. I get up during the wee  hours and write. I've never posted these writings, they are simply saved as drafts. These are usually heartfelt words I've kept inside, too afraid to say them out loud. Tonight is such a night, this night I am reminding myself that I write for me, as a whole, and it's part of my way in "preserving a past to be proud of " my entire idea behind this blog)

When was it that the days started to pass as quickly as minutes, and the years mere hours?
Things did not happen with this blinding speed during my own childhood, that which I am most acutely aware of while I watch my Gran-children play endlessly outside. Time stands still for them, as it once did for me.

A seed planted in a cup took forever to sprout. Time dragged on so that the clock appeared to be traveling backwards. Car trips seemed endless, Summer was a different lifetime. The future stretched ahead infinite as the stars in the nighttime sky, shinning with eternal hope and promise. I was immortal. As far back as I could remember I've existed in this world, so how possibly could the world exist without me. The bright and eternal future waited for me. I had all the time in the world.

But then suddenly without my awareness or consent, time began to pick up speed, days, months, even whole seasons began to slip by easily. All of a sudden one morning I discovered it was Fall, What happened to Summer I wondered, and all the things I thought I would accomplish during the season that never came to be. It seemed to have all passed without my noticing it, until it was gone. I was suspicious, but even then I could not grasp the truth.

Only when time gathered the frightening momentum that rushed events into the past at lightening speed was I able see that I was not immortal. My favorite songs that evoked special moments were played on oldie stations. The current events taking place during my childhood suddenly became the stuff in history books. Seasons became closer and closer. A soft cushion of fat formed on my thighs overnight, and surely wrinkles appeared as I looked at myself in the mirror.

I began to see that my life will rush by at an alarming rate. I will grow old.

The trees that have grown tall, my home, my family, my animals, the imperfections of my ageing body, the events that fly towards the past remind me today of these truths that I learned some years ago. My mind accepts them, and usually, my heart does as well, Being too busy living today and planning tomorrow, to do otherwise. Sometimes though, I grieve for everything that has gone by. I mourn a future that cannot be slowed down and stretched into the infinity I wish for myself.

It is not despair I feel, it is just an ache.

I hurt over old mistakes, harsh words, bad choices, wrong paths. I linger over memories of childhood pleasure, first love, the joy of learning. I long for the return of the Summer song of my youth.

I do all these things when I feel the clock ticking double time. I remember uttering words so cutting and harsh they caused wounds that never healed properly. When I'm aching over life's shortness I remember countless mistakes, caused by acting without thought. My fears and flaws and embarrassing moments seem worse in the light of the present.

I remember too, sparkling moments in the long distant past.

The pains and joys of today will soon be part of my memories as well, all to soon. The future is not the endless expanse I foolishly thought it was. I cannot slow it's passage any more than I can retrieve the past, Even if I could, would I really want to change my life, change who I am?

Still there is this ache.

Tomorrow I will forget it...

The Girasole Lady
Posted by Becka at Saturday, October 04, 2014 3 comments:

Email ThisBlogThis!Share to TwitterShare to FacebookShare to Pinterest
Labels: Just for Me


You can find me there


Thanks for tagging along.

The Girasole Lady
Posted by Becka at Wednesday, July 16, 2014 No comments:

Life is in full swing here at Girasole Farm. 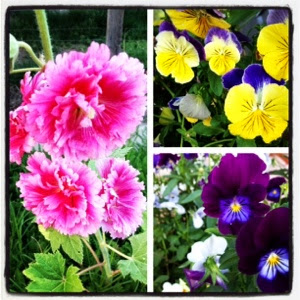 Remember the ORCHARD we planted several years ago? 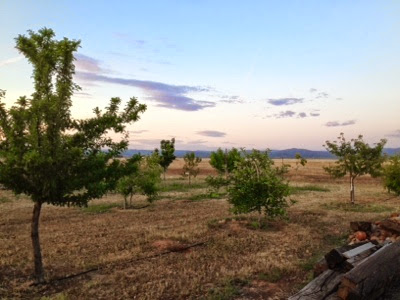 It's finally getting big enough for us to reap the benefits of fresh fruit.  Plums, Pears, Peaches, Nectarines, Apples, Persimmons, Pomegranates. 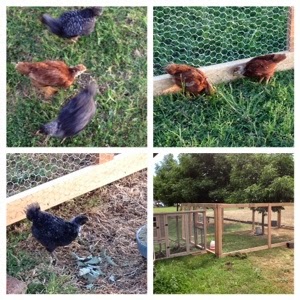 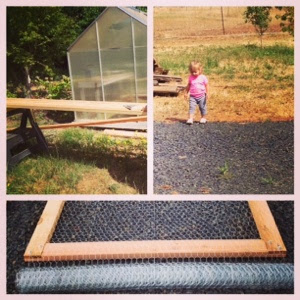 We've added chickens to the farm this year.
I can hardly wait for them to start laying eggs. 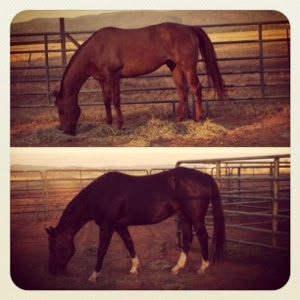 Ah yes- the staple of the Farm, horses.
The 'boys' are doing well, and are fulfilling their duties as field ornaments.
It wouldn't be home without them.

The vegetable garden is small again this year, using the four small raised beds from last year.
Just the basics, Zucchini, Cucumbers, Tomatoes, Isley & Jalepeno peppers, Radishes, and some Carrots.
The rest I need comes from our local farmers in the area.

Everything else at the moment seems well here.

We have a small 3 acre Farm that I call 'Girasole Farm'. I gather my eggs daily and occasionally bake my own bread. I grow vegetables in our garden, fruits in our orchard, and flowers by the porch . I preserve the abundance of the harvest, whether it be canning, freezing, or dehydrating. I have horses, chickens, dogs, cats, and I feed all the wild birds. I am a seamstress of quilts, little girls dresses, and fun things made with pretty fabric . I wear jean capri's and Birkenstocks every day of the year. I enjoy beautifully handmade things, good food, and good books.

I am a Pioneer who has chosen to leave the rat race. Mostly, I'm a Wife, a Momma to 3 beautiful grown daughters , and Grammy to 7 precious gran-babies.

Life on our small farm began in 1997 with 3+ acres of bare land in a cow pasture.

This is my dream and labor of love.

Our goals are simple:
-Love your family & keep them close to your heart.
-Be kind & thankful every day.
-Share with your friends & neighbors.
-Never miss a sunrise.

You are welcome to email me at girasolefarm@hotmail.com

I would be delighted to hear from you. 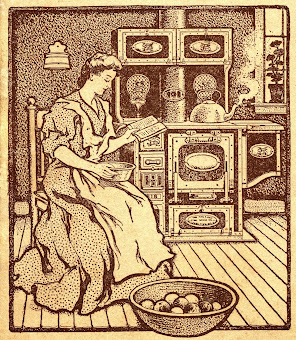 Thanks for stopping by. Please feel free to say hello.

You can leave a comment or email me.
girasolefarm@hotmail.com


Just in case you missed something

Looking for something special?